For many years, Austrian-born Heinrich Gehart worked for the MTM ASSOCIATION e. V. (then German MTM Association e. V.). From 1992 to 1999, he managed the business of the Deutsche MTM-Gesellschaft mbH. He presided over the Austrian MTM Association, founded in 2000, as president until 2020. During this time, he contributed significantly to the development of MTM in Germany and Austria, supported the International MTM Directorate (IMD) with activities in Southeast Europe and also pushed the new partner network One-MTM. Now a great MTM heart has stopped beating. On March 30, 2021, Heinrich Gehart passed away in his hometown Maria Enzersdorf. 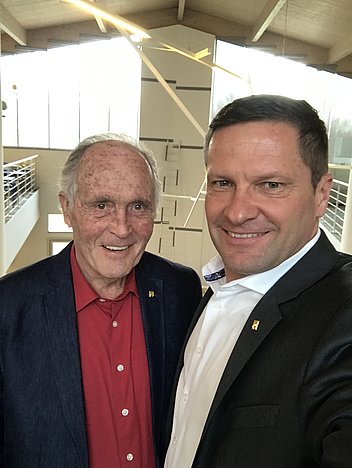 "Heinrich Gehart lived and worked with enthusiasm for MTM – the method and the organization – and he passed on his passion to many people in an exemplary manner as a teacher, mentor and managing director." This is what Prof. Dr. Peter Kuhlang, CEO of MTM ASSOCIATION e. V., says about the man who was a role model, fatherly friend and advisor to him. Heinrich Gehart's lifetime achievement for MTM manifested itself on the one hand in his responsibility for the development of the MTM process module systems MTM-MEK and MTM-UAS and in their successful industrial application. On the other hand, he was a visionary and pioneer in the development of MTM software. "AZBES, ANAZEBA-DATA and TiCon are names for MTM software that are inseparably linked with the name Heinrich Gehart," Kuhlang said. Heinrich Gehart has also successfully contributed to the worldwide spread of MTM over decades. As president of the Austrian MTM Association, he was a recognized expert in the International MTM Directorate (IMD), a balancing voice, a welcome guest, emphasizes Peter Kuhlang. The course set towards the establishment of the One-MTM partner network would not have been possible without Heinrich Gehart's influence and support. "His enthusiasm and passion will always be in our hearts; they will guide us as we continue to develop our community of MTM enthusiasts and experts."

The worldwide MTM community as well as the staff of the MTM ASSOCIATION e. V. and the Deutsche MTM-Gesellschaft mbH will honor Heinrich Gehart's memory.